Laurent Doumont has been taking his grooves out to clubs and festivals on the streets of Brussels and abroad for more than
20 years, trying to bring color to Belgium’s grayness. Recently, an introspective quest of his Sicilian roots gave birth to the album « L’Americano », twelve great Italian standards joyfully adapted in the Soul Jazz idiom he cares for.
A very personal project indeed.

Try to imagine Celentano, Modugno or Paolo Conte covered in the manner of Marvin Gaye, Al Green or Serge Gainsbourg…
If you close your eyes, you can almost hear the waves on the beaches of Capri. 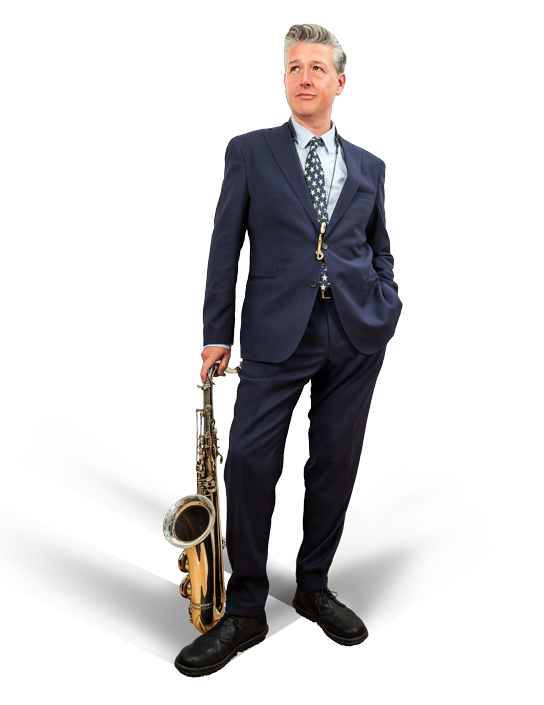 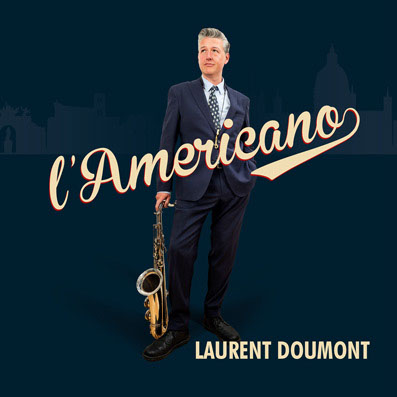 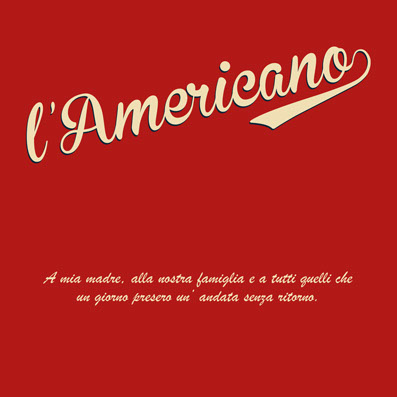 Mixed and Mastered by Vincent De Bast at Sonar Studio 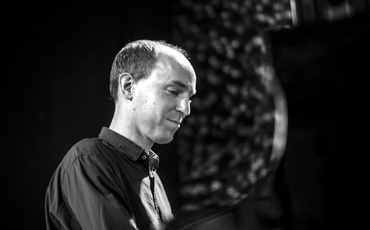 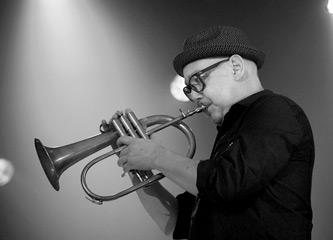 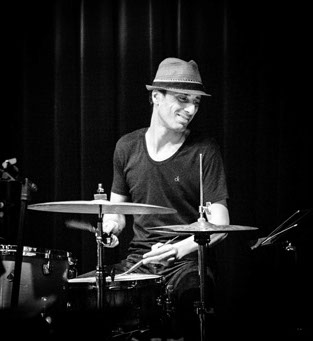 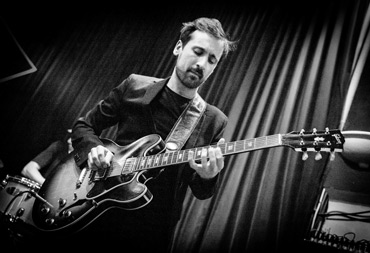 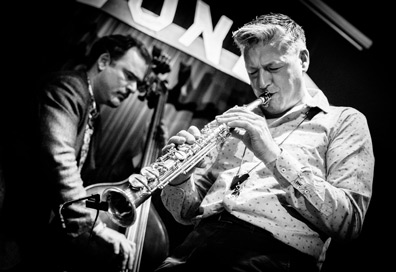 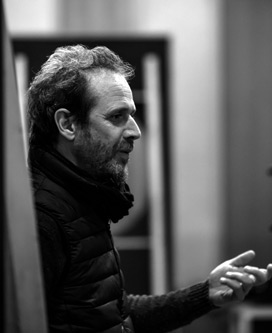 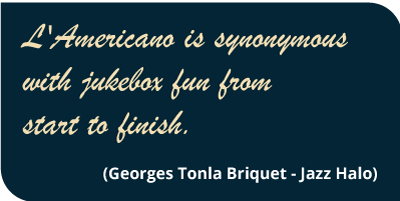 As the name doesn't suggest, Laurent Doumont is Italian through his mother’s side. Née Lo Presti, she left her native Sicily at the age of eight with her mother and three of her siblings to go and join her father who was working in the Walloon mines.

Wherever they are in the world, Italians always keep a strong link with their region of origin. If, among all the things that connect them to Italy, cuisine often occupies the impregnable first place, music - songs in particular - also plays a significant role.

Whether traditional tunes or more modern ones that have reached the ears of Italian youth in the diaspora through radio or cinema, every Italian song carries with it a little nostalgia for the country.

Laurent Doumont was born in a family of musicians and music lovers: his mother, a drummer and accordionist, played every weekend with her brother, sister and two of her brothers-in-law in a local ballroom band, the Saint-Tropez. Laurent grew up listening to the melodies of Salvatore Adamo, Bobby Solo, Domenico Modugno... Italy was never far away: the daily culture of music and cuisine, enhanced by the grandmother’s undeniable accent, enriched the family novel, as in many exiled families. They often spoke of the journey to Belgium, the violinist uncle killed by a bus on the way to a concert, the elder sister left behind, love and family stories.

Once upon a time… l’Americano 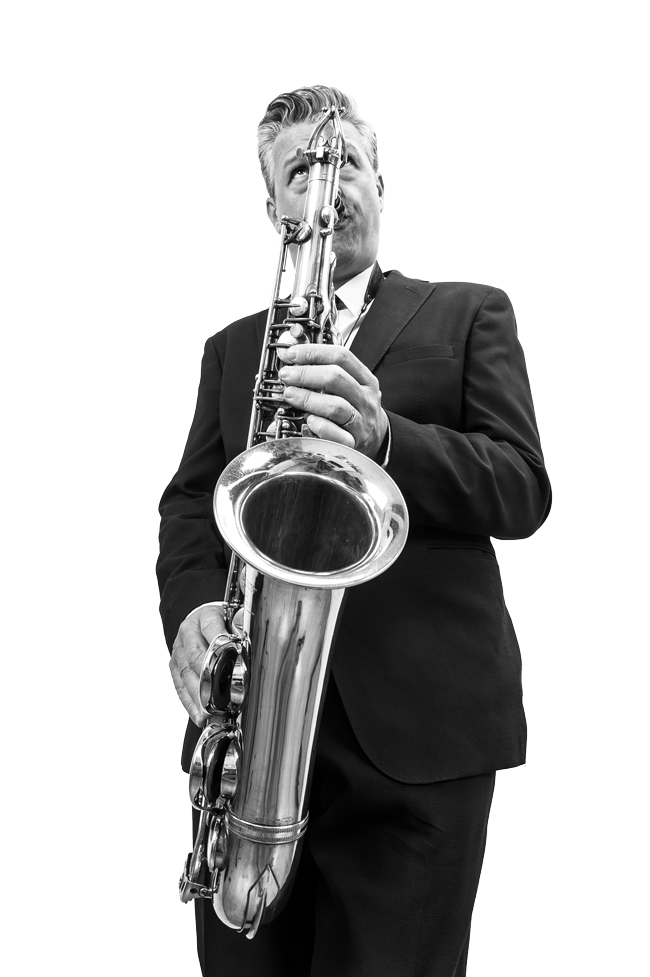 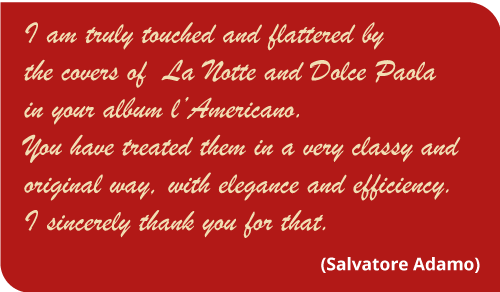 On the Belgian side, his father, a fan of blues and rock'n roll, preferred Fats Domino and Jerry Lee Lewis, but never denied himself the pleasure of hearing Adriano Celentano's Svalutation on his old jukebox. The children learned the piano, Laurent also tried his hand at the saxophone...

Often their summer holidays took place in Northern Italy; the link with the south seemed to be broken. But at the age of 17, Laurent went with his family to Sicily for the first time. Forty years after she had left, his mother reunited with her sister, and Laurent discovered a whole unknown branch of the family tree. Facing his shortcomings in Italian, he decided to learn it, encouraged by the discovery of History, cinema, archaeological sites, the cultural richness of the country, giving his belonging a bigger picture.

Meanwhile, Laurent has learned to play the saxophone on his own. Soon after, he decided to study music and to devote himself to it professionally, thanks to decisive encounters with a few musicians (first of all his cousin Patrick Deltenre, then Daniel Romeo, Michel Hatzigeorgiou, Marc Lelangue, Eric Legnini...). Very quickly, the first concerts came one after the other and a first album was released in 2000 (Soul Quintet). At this time, he left to pursue the American dream in New York for two years. On his return to Belgium, he continued to play in different contexts, while carrying out his personal projects as an author, composer, singer and saxophonist. Papa Soul Talkin', his second album, was released in 2012.

All the music he has been exposed to, played and loved is now represented in L'Americano. His musical influences blend with his family and personal history in an interpretation as sincere and singular as possible. With absolute respect for the original melodies and lyrics, he has searched for the best adaptation for each song, according to its lyrics and subjective meaning. This repertoire is part of him and of the musician he has become.

Every song tells its own story as much as it evokes the story of everyone.
Here's what these mean to me.

It's a declaration, a promise of love on a reunion background. The lyrical impulse on the original waltz, carried by Tony Dallara or Dalida underlines the romantic aspect of this moment. This version, which is reminiscent of Al Green's 1970s soul, brings more sensuality, which may cast doubt on the sincerity of this promise, but also increases the desire to believe in it.

A strange story told cheerfully, a tragicomedy in the Italian style, about a man who, in order to deceive his boredom, ends up acting against his own desire, up to each one to imagine how...
Heard a thousand times by Celentano, I only really appreciated it sung by its composer Paolo Conte, in his "Concerti" version. If the swinging rhythm of this one easily evokes Conte's style, to my knowledge, he has never interpreted it this way.

An essential piece of the Italian repertoire, it evokes the American influence on Italian youth in the post-war era. This song with Napolitan lyrics was a worldwide success and, in a fitting reversal, appeared in a few Hollywood films! One evening when I presented this song to the public, I realised that being on stage, as a soul and jazz singer and musician, basically came down to playing the American. I've made it my profession! 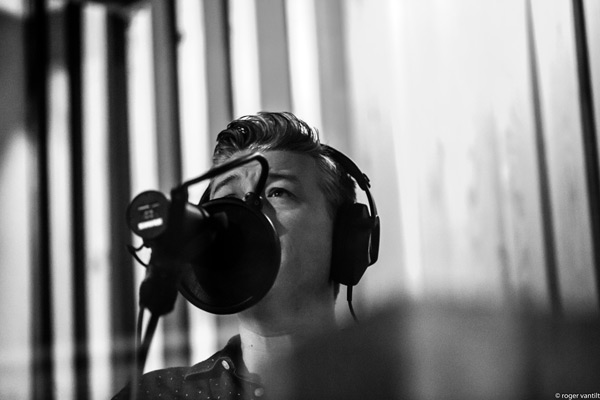 THE Italian standard by excellence! This cheerful air, also known as "Volare", discreetly carries very romantic lyrics, inspired, they say, by a painting by Marc Chagall, Coq rouge dans la nuit (Red Rooster in the Night). I wanted to emphasize this feeling, and offer this tender and melodic version. In counterpoint, Olivier Bodson's flugelhorn responds softly.

An ode to the beauty of Princess Paola, much ink has been spilled on this song by Salvatore Adamo. Polite compliments, chaste declarations, its lyrics nevertheless nourished the dreams of romance of the Belgian and Italian audiences for the singer and the Princess. Half a century later, it is with a certain playfulness that I added a touch of sensuality to this version, whose introduction inevitably recalls Marvin Gaye's "Let's get it on".

No promises or declarations of love for Celentano, twenty-four thousand kisses a day will be sufficient. There was little to be done to make this furious rock sound like a soul-jazz standard; a few points of tempo down, a sweeter groove and an elegant piano solo by Vincent Bruyninckx.

It is found in Dino Risi's The Easy Life (Il Sorpasso), with Vittorio Gassman as a show-off seducer and Jean-Louis Trintignant as a shy young man, with Ferragosto (the 15th of August festivities) in 1960s Tuscany as a backdrop. Guarda Come Dondolo is the song that introduced the twist to Italy, it evokes the joy of life, recklessness,
la dolce vita...

With every listening, and now when I sing it, this song by Paolo Conte brings back memories of a particular time. In 1987, we left with our family for Sicily, which my mother was returning to for the first time since she had left in 1946. During the long car ride, we were looking for musical common ground between the generations. Among the selected tapes, Paolo Conte's "Concerti" was the most popular, and this song was one of our favourites. It stayed in the car player for a long time, and later on served as a soundtrack for our Charleroi - Koksijde (on the northern sea shore) return trips. And on each journey, Una Giornata al Mare sounded like the promise of a beautiful day.

"A song about tanning", as I like to call it on stage... Not exactly, this song written for the great Mina tells the story of a beauty who prefers to take the colours of the moon rather than the sun’s, and when the moon is full, she becomes transparent...and even more lovely! The version of this album starts with a Beach Boys-inspired chorus intro, goes through a classic blues on a New Orleans groove and ends with a dreamy part, an ode to the moon on a celesta background.

I first heard this song in its French version "La nuit", by its composer Salvatore Adamo. I was seduced by the depth of its text, its tragic melody, and the strength of Adamo’s interpretation. When I met Nicolas Fiszman in order to prepare l'Americano with him, he suggested that I add this tune in its Italian version. A few days later I came up with this version, a bit "Gainsbourg-like", which I think suits well its darkness.

We had the Svalutation single at home, in an old jukebox bought by my father. It kept spinning and ended up as slick as the tires of an old Alfa Romeo. It's the first track I adapted for this record. The lyrics, which decry Italian politics, the crisis, the Americanisation of a lost youth and the devaluation of the Lira, are incredibly up to date! I felt that a contemporary rap would match the original Rock of the time.

This song, often cheerfully sung by Sicilians, has become the anthem of their island. Yet the original text refers with gravity to death, old age and oblivion. In 1939, my grandfather Calogero took his son Angelo, a talented violinist, to play at a family wedding in his home town, Agrigento. They left by bicycle from Piazza Armerina, where they lived at the time. On the way, Angelo was hit by a bus. He died by the side of the road and was buried unceremoniously in the mass grave in the Caltanissetta cemetery. He was eighteen years old. I often think of the loneliness of that man holding his dead son in his arms. To this uncle with whom I share one of my first names, and whom I joined in artistic life, to this misunderstood grandfather, to these men whom I have never known and yet love, I dedicate this melancholic interpretation of Vitti Na Crozza.